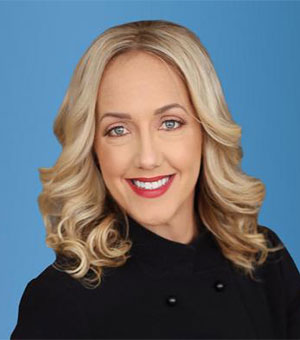 Laurie holds a bachelor’s degree in human services and business administration and a master’s degree in healthcare administration. At age 26, she became the youngest individual to achieve board certification as a Fellow of the American College of Healthcare Executives (ACHE), and is also a board certified Fellow of the American College of Medical Practice Executives. Laurie has been certified by The Gallup Organization as a Strengths Performance Coach since 2006.

Professionally, she has served on four national committees for ACHE; the Early Careerist, Products, Programming, and Services, and Chapter Committees. She is a current member of ACHE’s Exam Committee and the ACHE of Nebraska and Western Iowa Chapter board of directors. She also serves a variety of civic and community organizations, including current appointments on the Omaha Bridges Out of Poverty Board of Directors Executive Committee and the Leadership Omaha Curriculum Committee.

Her first book, titled The Emerging Healthcare Leader: A Field Guide, was published ACHE’s Health Administration Press in 2015. And, she most recently contributed a chapter; The Clinician Entrepreneur, to a book published by Oxford Press in April, 2017 titled The Handbook of Private Practice.